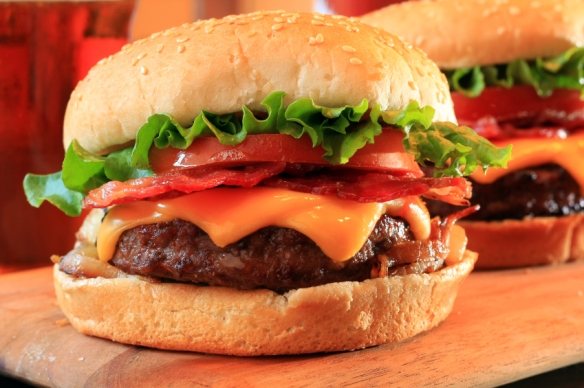 The other night after my football (pronounced soccer) match, we ended up in a fast food restaurant. We had won, so we were in a good mood, which was a good thing because there were a lot of people in the queue.

I realized that the order taking was very slow, but in line with the actual delivery of food after you paid for your order. I remembered the novel The Goal and the Theory of Constraints, and immediately started looking for the restaurant´s bottlenecks. It was clearly the kitchen. The front office, slow enough, was no slower than the back office.

I tried to engage my teammates in a discussion about the effect of constraints on process performance, but I failed. Teammate Daniel was getting all the attention, claiming that Man had never reached the Moon. You can’t compete with a good conspiracy theory.

Not that The Goal is not interesting enough; it´s a great book. It´s the story of a poor manufacturing plant manager who invests in automated robots for his factory, only to find that they make the factory slower than before.

Just by reading the novel, you absorb the Theory of Constraints. And then the way you look at processes changes forever.

Eliyahu Goldratt, the author, was right: you should put all of your attention in the bottlenecks. Moreover, if you speed up processes that aren´t bottlenecks, you may even make things worse.

In our fast food case, speeding up the cashiers would have had no positive effect, as people would have waited much longer for the food, and the quick front-end dispatch would have rapidly caused the kitchen to collapse. Even if it could have kept up, they would have wasted their money, as the problem would not have been solved.

What does this have to do with monitoring?

Simple. You cannot take monitoring in isolation from the rest of the company. You should always frame your monitoring project into a holistic Visibility initiative, so you know where the real bottlenecks are. You have to understand the impact of every component in the business services they support, and you have to have visibility of the whole context.

If you monitor components in isolation, you can detect some bottlenecks, but are they worth improving? What benefit would there be for your company to speed up some servers that have no impact on the most critical processes, those that badly need improving? This is why you need a Real-Time Service Model, the basis of modern BSM.

And what if the problem is not even technical? What if the information is not in the computer to be processed on time? What if everything gets delayed for a manual procedure that calls for more hands? What if an external provider is not doing its job? This is why you need to understand the business context and desired outcomes of the main process steps. We call it Visibility.

If you have Visibility, you can see where the real problems are – and solve them, or help others solve them.

When you understand this, your idea of how to deploy a monitoring strategy changes radically.

And boy, it is such an interesting topic. I will try to convince my football teammates to discuss the topic next Thursday. Just in case I fail miserably, feel free to comment below.

*** This blog post is adapted from a very, very similar one, also written by me, that appeared at BSMdigest. Pete Goldin, the Editor-in-Chief, said it was an excellent post. Pete, may I quote you?

4 thoughts on “Fast Food, Monitoring and the Theory of Constraints”